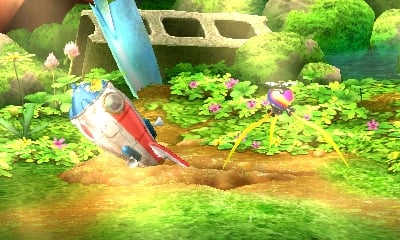 The starting section of the Pikmin Park in Hey! Pikmin.

This template shows an image from a list of featured images, automatically switching to the next image in the list each day. It is currently showing image #41 out of the 124 in the list.

If you think another image should be added to the featured image list, you can nominate it at Pikipedia:Featured image nominations. Staff members updating the list should read this checklist.

This gallery contains every image used in this template, listed in the same order they appear in. When moving/renaming one of the files here, make sure to update the filename in the template itself, as well as this gallery.

Only staff members can change this template, and as such, change the list of featured images. That person should follow these steps:

This process applies both to adding and removing images.