Hey! Post anything ya want here, except complaints against me, which can be posted on my Complaints Forum. Bye!!!!

I've never seen you in the chatroom (maybe it's just timezones). Have you got a registered nickname? GP

Wow... You vandalized the main page and you want to be a FREAKING CHAT ADMIN? You will BURN AS I BLOCK YOU!! -Peanut64 (Talk)

Pikdude is a good contributer with a previously clean record... No idea what he was thinking there. Vol (Talk)

No, I was talking about Peanut. Vol (Talk)

Evidence! AND I fixed that for you, thank you. That was purposeful. If I were an admin, you'd be on my list.

But Im not, and youre still on my list. Ridly

Im insulted Pikidude. I was here before Gamefreak, AKA Gamefreak75. I joined March 19 2009 on wikia and hejoined in June 2009. Ridly

The evidence is clear, and we do not accept spam/vandilization. Too bad im not an Admin... ;) -Peanut64 (Talk)

Evidence is not clear, its a one time instance, he's an active editor. Vol (Talk)

I had no Idea of your history of edits here, because your editcount and talk pages weren't transferred, I had the wrong idea about you. I regret my mis use of the caps lock. The one and only,

I would yell at you for not being active enough to see this, but that would by hypocritical of me.Pikdude 15:58, 25 December 2010 (EST)

Nothing to report, all is supicously quiet... not a lot going on around here at this point.Pikdude

What were the best Christmas presents you got this year?

i updated ur enemy map[edit]

go to it(i get sum credit!)

How does it not count?[edit]

For future reference: Mr. Math= nonexistant, isulting person who I made up...Pikdude

"The theory of Evolution has more holes in it than a Dutch Dam made of Swiss Cheese."-Artemis Fowl, The Time Paradox

If you looked at the facts, the theory of Evolution is a scuentific impossibility.Pikdude

Hey Dude Im New Here,Heres What You Can know About Me: I Could Give You Advice,Tell You About Me, And Give You Advice For Games To Make it Easy, Hope You Respond P.S Have A Chat With Me If You Read This Cmwario 01:26, January 25, 2012 (UTC)Chris(Cmwario)

Thanks Dude, Thanks For Responding You Dont Mind if You Can Chat With Me Saturday At 3:35 Oh And I Hope You Can Tell Me A Few Things About You 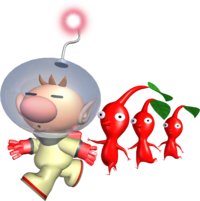 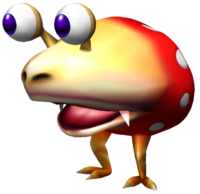 I honestly have no idea. Might have been automatic on the part of the wikia. Cheers!Pikdude