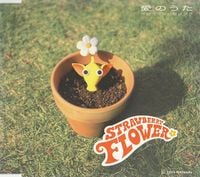 Strawberry Flower logo as seen on the cover art to Ai no Uta.

Strawberry Flower is a Japanese virtual band. In its early years, it was a trio of three Pikmin: the Red, Yellow, and Blue Pikmin. The group debuted on December 6th, 2001 with the single Ai no Uta. The Purple and White Pikmin joined the group for their third single, Tane no Uta. The group was a quintet until the Rock Pikmin and Winged Pikmin joined in their fourth single, Song of Hey! Pikmin.

In light of the popularity of the Strawberry Flower album, two different sheet music books were released containing music for Ai no Uta. They were released in Japan by the publishing companies KMP on January 15th, 2002 and Doremi in January 30th, 2002. The retail price for each was ¥500. 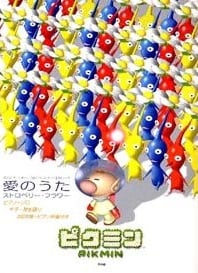 The cover of the Ai no Uta book published by KMP.

The text on the cover translates to: 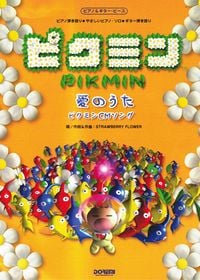 The cover of the Ai no Uta book published by Doremi.

The text on the cover translates to: