Now that I've figured out how Miiverse works, I can post some helpful images I get from Pikmin 3! To start, I did some exploring in the Distant Tundra and found three things. 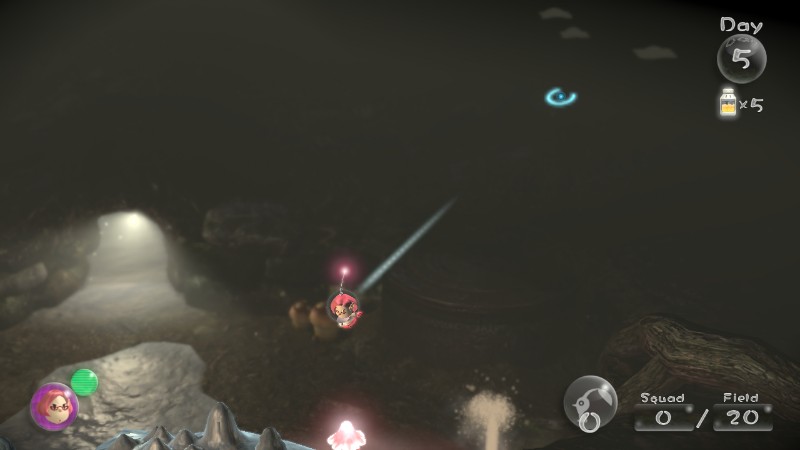 In the top right corner, Brittany's cursor is pointing to them. Those are the only 3 examples I've seen in the game of strange colorless shapes like this. You can see them by either getting Brittany up out of bounds or (the method I used here) facing the geyser as you use it and then turning the camera around 180 degrees as she flies through the air. You only see them briefly; they appear to be very far in the distance. Could we be looking at pre-loaded bits of another part of the Distant Tundra? It's hard to say... I'll see if I can get a closer look. Scruffy (talk) 18:23, 2 September 2015 (EDT)

I have concluded that the cave in the Distant Tundra in which Yellow Pikmin are found has no rendered walls or ceilings, unlike other caves in Pikmin 3. I've proven it by getting Alph and Brittany out of bounds, and throwing Alph over the two roots that form a barrier above the snowy spot where Brittany first lands. I walked around with Alph on the other side of the barrier; obviously some invisible walls prevented me going to far, but I saw some cool stuff anyway. The floor is not rendered pretty early on since the designers figured it would easily fade into the black background. So you can see snow particles underneath the ground from where Brittany lands, and you can see the light-emitting object just outside the brick wall broken by the iron ball. The most interesting part, though, were these two pictures (I'm sorry I couldn't get more; these were taken seconds before the day ended since I'm no good at out-of-bounds stuff). 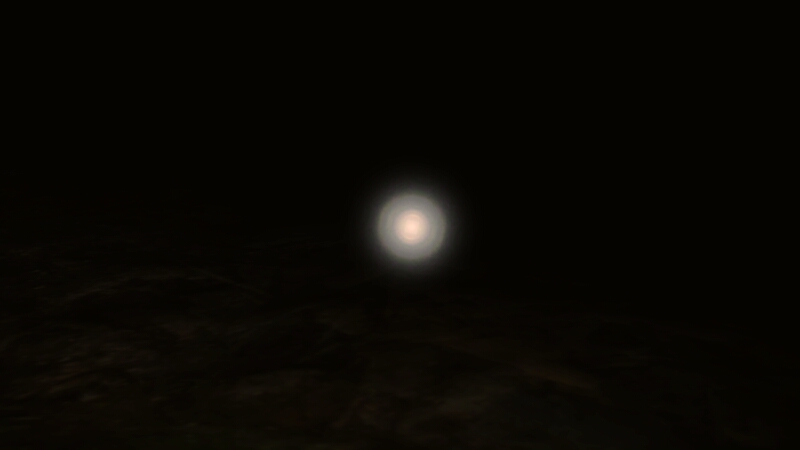 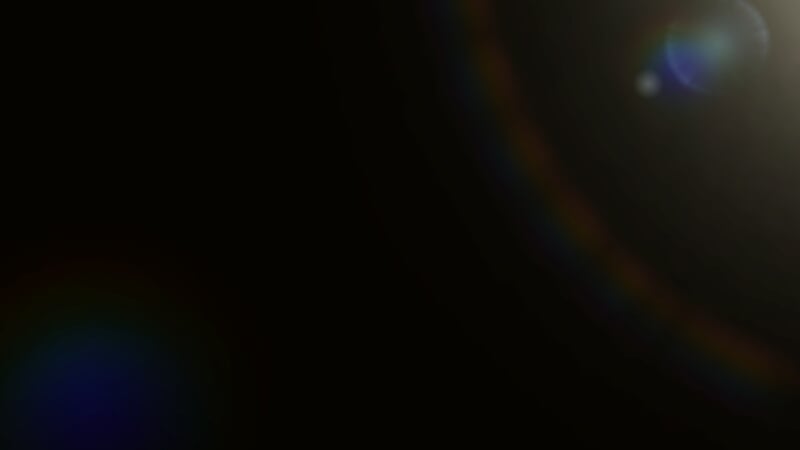 The lens flare is definitely from outside sunlight, meaning the game thinks that the sun can be seen in the cave in that position and renders the flare. The strange light... I'm not sure. It also sort of behaved like some sort of glare, but I can't tell what that glare is supposed to come from. By the way, both these pictures faced the general direction of the landing site.

But yes, that cave has no walls or ceilings, and what we see in the game is the stark, pitch-black world background, put through a slight filter. In camera mode you can see it without the filter, as just black. This means that the strange distant objects I photographed before are bits of other areas in the Distant Tundra. After collecting the Dodge Whistle, Anti-Electrifier, and defeating the Vehemoth Phosbat (using all of the Electrodes), one of those shapes had disappeared, leaving only the two shapes that are close to each other. So they are connected to the game sequence somehow. Scruffy (talk) 20:06, 2 September 2015 (EDT)

The thing regarding the Slooch releasing a spray is already mentioned here. As for the circle around Alph, I'm aware of this also, but not sure if it's mentioned anywhere. I haven't seen the other things you've discovered, but yeah, I think the three shapes are partially-rendered objects outside of the cave. This reminds me, one time I managed to get out of bounds in the Vehemoth Phosbat's arena. I saw some things way far away, and I realized they must've been objects outside of the cave. I didn't take pictures as I didn't think it was terribly important, but I'll try to go back and grab some pictures of them. ~PikFan23 01:14, 3 September 2015 (EDT)

EDIT: Oh! Are you sure that the strange light isn't coming from the light bulb in the Yellow Pikmin cave? You mentioned that you were facing towards the landing site, but where in the cave were you when you took that picture? ~PikFan23 01:17, 3 September 2015 (EDT)

Cool stuff! We really have to investigate further. I also found a mysterious light on the Twilight River, but you can see that one in-bounds: https://web.archive.org/web/20171105182916/https://miiverse.nintendo.net/posts/AYQHAAABAAAtVHhlxfus3A Wonder if they're related... — {EspyoT} 04:05, 3 September 2015 (EDT)