The Main Engine (メインエンジン?, lit.: "Main Engine") is a ship part of the S.S. Dolphin and, in Pikmin 3 Deluxe, the Hocotate ship. It is the only one found on the first day in Pikmin. With it, Captain Olimar is able at least to lift off from the crash site to escape the planet's nocturnal beasts. When the Main Engine is restored to the S.S. Dolphin, the ship flips upright, and the part is then installed on its bottom. Olimar is then able to continue on to The Forest of Hope to find more of his thirty lost ship parts. In Pikmin 2, the Dream Den replaces this part's location. 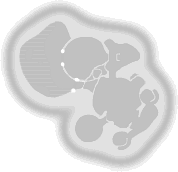 The first day consists of the main tutorial about the Pikmin. Once you get the first Pikmin, start collecting all the Pellets, including the ones on the two small stumps. Once Olimar has 10 or more Pikmin, command them to move the cardboard box. Once the box is out of the way you will find the engine. Head up the rocks where the box made a ramp and get all of the Pellets until you have 20-25 Pikmin. Now the Pikmin can pick up the most important part of the S.S. Dolphin. Once the Pikmin carry it back to the ship, the day will end, and they will automatically go back to their Onion.

“Amazing! There's no mistaking it! My ship's engine rests before my very eyes! By a stroke of pure luck, I have already stumbled upon the most important piece of my damaged craft! Fate has smiled upon me! But... How will I get it back to the Dolphin?

It was pure luck that I found this piece first. With this I can at least lift off!”