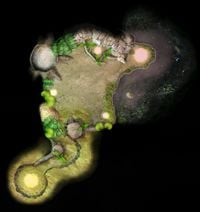 map_06 is an unused area in Pikmin that was left in the disc. It is a very basic forest-type map, with no defining features. This map actually appeared in an old Pikmin commercial.

It is found under /dataDir/courses/test/map_06.mod, and can be replaced by The Impact Site in Challenge Mode, in the European version, by using the following Action Replay code:

Note: For the sake of simplicity, it is assumed that north is the direction Captain Olimar is facing at the start.

The map has many plants, static objects, formations in the ground, and textures not featured in the final areas. It has no real boundaries, and Olimar can easily fall into the bottomless abyss. However, he will simply be returned to the base, completely unaffected, unlike the frozen leader glitch of the second game. The ground is mostly dirt with rock and grass patches about.

Most of the map is composed of one large, circular section. The southern half of the main area is a grassy plain, while the northeastern part is under water, but said water is not animated, and not responsive. At the northwest of the main area, there is a hollow stump that can be walked in. At the right, there is a rocky formation. Nearby, there is a zigzagging path that leads to another part of the map. This area is set up like a bowl in a fashion similar to Emperor Bulblax's arena in The Final Trial, but it is covered in grass rather than sand.

In the video, the geometry has been placed on top of The Distant Spring. This explains the music and randomly placed objects.