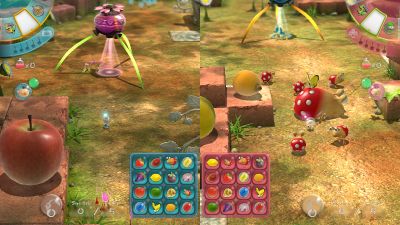 Shaded Terrace is the first stage of Pikmin 3's Bingo Battle. It seems to take place in a garden full of different flowers. Since it is the first stage, it is relatively small and has very few enemies, making it very easy to reach the opponent's side of the arena from either the middle opening or the corridors on the sides. That said, the opening in the middle is either blocked by a large grub-dog or by a dirt wall. It is possible to get Red Pikmin and Yellow Pikmin in this stage.

The variation unlock order, as explained here, is B, A, C. This variation gives players Red Pikmin to start with, and no other type. The center path is blocked by a dirt wall. 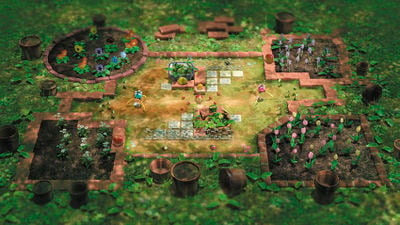 This variation gives players Yellow Pikmin to start with, and Red Pikmin can be found buried. The center is blocked off by a Bulborb and some Dwarf Bulborbs. 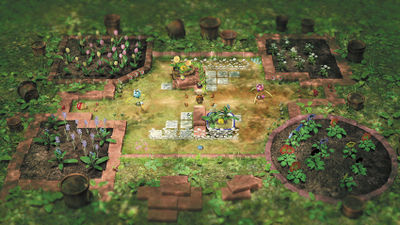 This variation gives players Red Pikmin to start with, and Yellow Pikmin can be found. The center is blocked by an Orange Bulborb, and the deep ends of each player's base have Bulborbs.