The SPEROs (スパロウ?) are intergalactic unmanned probes built and launched by the Koppaites. Their function is to search out planets that harbor edible matter; in the case of the Koppaites, this means fruit. Many SPEROs were built, yet only one of the last few dispatched actually managed to find a planet with suitable food.

Besides being plot devices, SPEROs serve a purpose in Mission Mode and the Side Stories. They are used as a storage device for the fruits, treasures and enemies collected in Collect Treasure! stages, comparable to the ship's Research Pod in underground areas in Pikmin 2. Besides that, it can collect Burgeoning Spiderwort berries and bring Louie back to consciousness when he is carried to one, meaning that it can appear in Battle Enemies! stages as well. In some Side Stories stages, it can also collect ship parts. It does not have other functions besides collecting, and stays in one location throughout the mission.

In the Side Stories, Olimar and Louie use a SPERO to collect treasure, meaning that they may be used by Hocotatians as well as Koppaites.

As stated above, a SPERO appears in all Collect Treasure! stages in Mission Mode, near the starting point of one of the leaders. It also appears in the following Battle Enemies! stages:

"SPERO" is pronounced like "sparrow", as proven by the introduction cutscene in Pikmin 3. Because the name is written in all caps, it is most likely an acronym, albeit an unknown one. Interestingly, SPERO also means "I hope" in Italian. Given the probes' mission, it seems fitting. 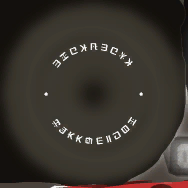